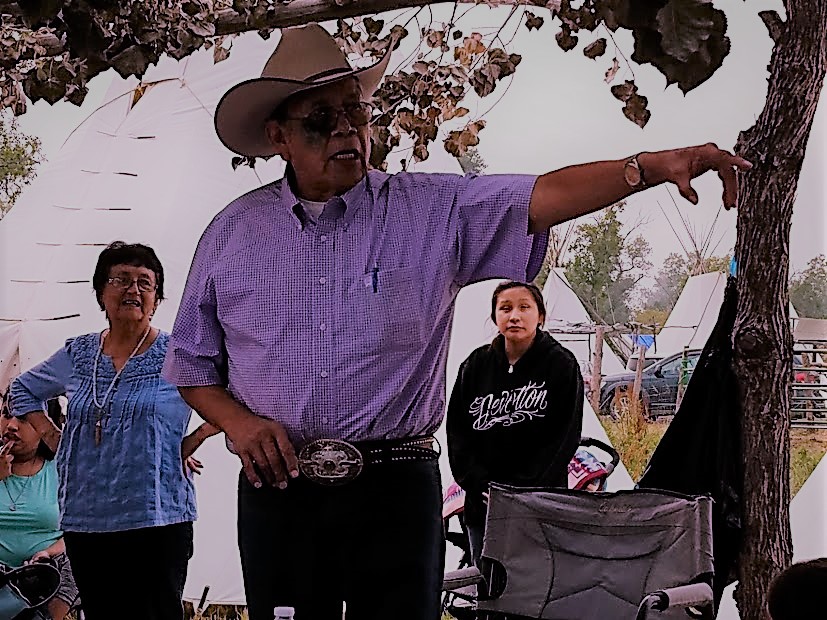 I’m sitting at a fast food restaurant in Billings, MT, waiting for Char to wake up, and then we pack for the next leg of our journey through the western United States. We are telling stories about “Horses and Their People” and capturing footage for our documentary, “The Versatile Friesian”.

What a wonderful week of sights, sounds, and warm welcome from the Whistling Water clan of the Crow Tribe of Indians. Montana is such beautiful country and has such rich history if you look for it. While awaiting the arrival of our Crow hosts, we toured sites that are significant to the 1800s in Montana.

Our first stop was the Little Bighorn Battlefield National Monument. As we approached the visitor center I was deeply touched, seeing this monument for the first time. I’ve read and heard stories about the battle but being there seemed like another world for me. This was Char’s second visit, having toured there as a young girl.

Among the many changes since Char visited was the installation of headstones where soldiers died in the field, including a cluster of about fifty, at “Last Stand Hill”. 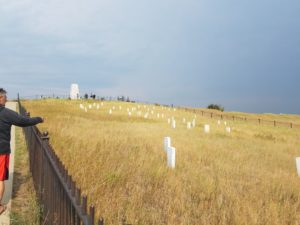 We could see white stones as far as we could see down the valley toward Also visible were headstones where members of tribes like Lakota Sioux, Northern Cheyenne, and Arapaho fell. Not all of the 60-100 natives’ last moments could be located since they carried most of the bodies away. Many of the plains Indians remember this as the Battle of the Greasy Grass, which extended over five miles to the south of the monument.

Another change is the monument to Indians who took part in the battle. It recognized the tribes who battled Custer’s 7th Cavalry, but it also showed members of other tribes who scouted for the cavalry. Later, during our visit at the Crow Fair we learned that at least two of the scouts were ancestors of the patriarch of the Whistling Water—we were guests of direct descendants! Wonder why some plains Indians scouted for the hated Federals during the Indian Wars? 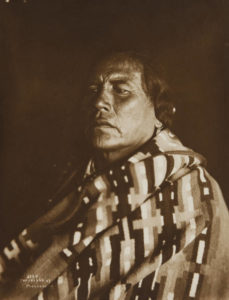 Another fascinating stop on our tour was the Chief Plenty Coups State Park and Home. Fascinating name? In Crow, he was called Alaxchiiaahush / Alaxchíia Ahú meaning many war achievements. 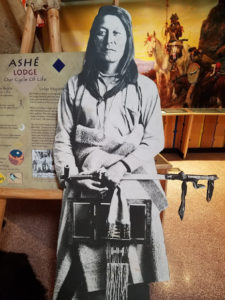 The Crow never brag about their own achievements, but others do that for them—elders, mostly and he was given this name due to his exploits. Some say he was the last great chief of the Crow; now they have an elected chair of the tribal council, and other elders elected to serve and interact with the U.S. Government at Crow Agency. Chief Plenty Coups helped the Crow survive in a couple of ways. First, he fought battles against other plains Indians who significantly outnumbered the Crow. Second, he saw a vision of the whites eventually dominating Montana, so he used his great diplomatic skills to ensure the survival of the Crow on a reservation near Hardin, MT.

Learning this history inspires me, but I also want to move on to other personal experiences Char and I had this week. Two primary reasons for visiting Montana were visiting the Crow Fair and filming our friend’s Friesian horse ranch. My next blog/travelogue will include God’s overwhelming grace extended to us through the Whistling Water Clan of the Crow tribe during the 100th Annual Crow Fair Celebration, 2018.