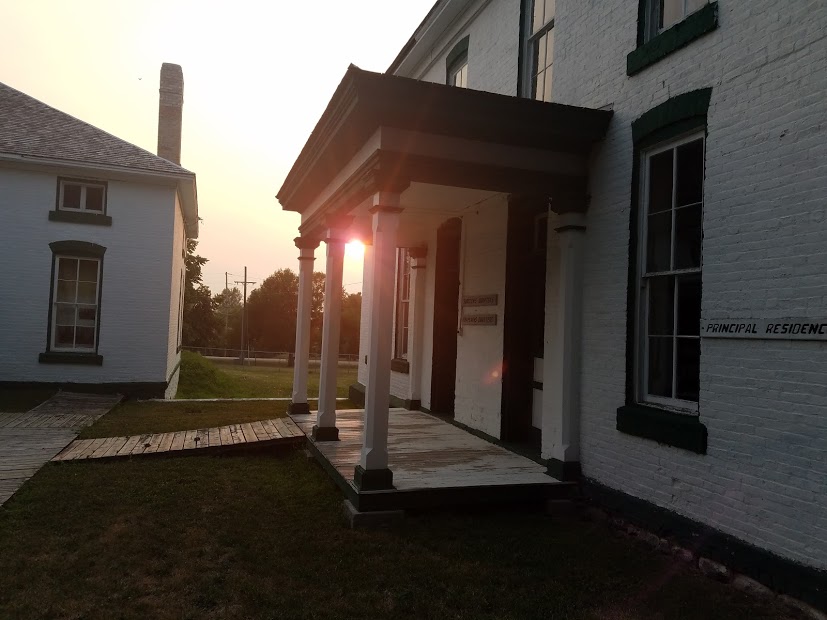 Hello to all! I’m writing to you from Billings, MT, where Char and I rested and shopped for groceries. Our mission here: see the sights around Billings, Hardin, and the Crow Agency and Reservation. Let’s catch up first.

After our visits to Missouri and Nebraska, we headed to Ft Totten, ND, in the middle of the Spirit Lake Reservation. 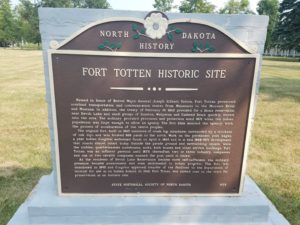 Lakota primarily live there, but also the related Dakota, and Nakota tribes (you may know them as “Sioux”). We stayed at the Trails Inn at Ft Totten, hosted by Charlotte’s long-time friend, Marcia Bearor. 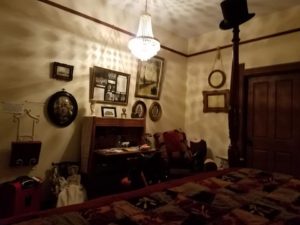 Our beautiful bedroom at the Trails Inn at Ft Totten

We learned a lot about the fort’s uses from 1867 through the 1930s. History buffs may remember that Ft Totten was the last post of LT COL George Armstrong Custer’s ill-fated 7th Cavalry. He only joined the regiment AFTER it left Ft. Totten. The fort also hosted an “industrial school” for natives from the reservation. The Trails Inn is a true hidden historic gem that is primarily a bed and breakfast. Our senses were on overload as we walked the halls of the Inn and explored the fort’s many buildings. We met a precious visitor center employee, Mildred Hunt, whose Lakota name means “Woman who people come to”. She proved her name to Bill as she provided much oral history about the fort’s rich heritage. Bill filmed most of the buildings while on a walking tour with Mildred.

Bill also filmed other sights, including Sullys Hill (the view is awesome!), where bison, elk, prairie dogs and hosts of birds play. 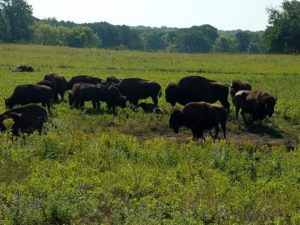 We were able to film pelicans (yes, pelicans!) on the lake, with gulls, ducks and other waterfowl. 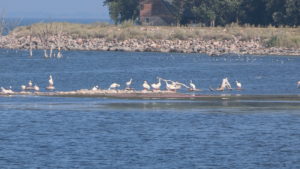 We met several native and Caucasian horse owners as well through Marcia’s connections. There were too many to visit during our time at the Inn, but we plan to circle back with them when our travels take us back to North Dakota. We were also invited to film the groundbreaking ceremony of a new 15-bed mental health facility on the Spirit Lake reservation. It hosted and sponsored by the Cankdeska Cikana Community College and funded by a grant from the United Health Foundation, and was attended by the Governor of North Dakota, Douglas J. Burgum.

Our drive to Billings was so picturesque! We were surprised that so many lakes dotted south central North Dakota and were treated to rolling hills and thousands of acres of “amber waves of grain”, the Little Missouri National Grassland, and the majestic, colorful Theodore Roosevelt National Park. 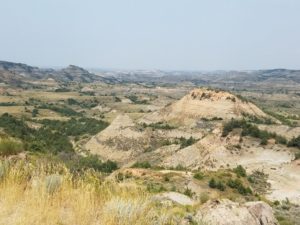 In Montana, God treated us to a totally different kind of beauty. Most of I-94 in eastern Montana follows the Yellowstone River. Rocky bluffs, buttes, mesas, and plateaus impressed us all along this route. We could certainly tell we were approaching the foothills of the Rockies! It reminded us of our time on the front range of Colorado, over 30 years ago.

Next time, I’ll talk about our wonderful time in Montana, including the Crow Fair, the Little Big Horn monument, and Chief Plenty Coups’ home and memorial.